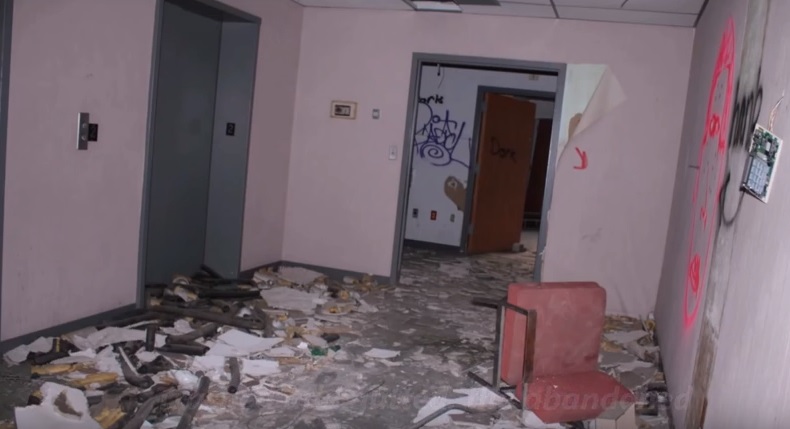 The right place and the right time saying goes just so far, but sometimes people really find themselves in situations that would have turned out tragically differently if they had not been there.

Joshua Gold had an experience like this when he was out taking some photos of an old, abandoned hospital. Joshua was at the hospital to capture images of the ramshackle, gutted hospital when he heard a cry coming from somewhere vaguely above him.

A kitten’s sharp meowing cut through the eerie silence, but Joshua couldn’t quite figure out from where it was coming. He switched his camera into video mode, and made some recordings, hoping to remember exactly where he was, because he suspected he needed a ladder to find this cat.

He returned with a ladder, and with its help he began checking air ducts and vents. Already 3 o’clock in the morning at this point, it took him a while to find the kitten in the maze of ducts, but eventually he narrowed in on the sound and found a kitten trapped down in a little hole between two walls.

Take A Look At This Incredible Footage Here